When the glass tubes broke, my players were confronted against a bunch of colored oozes. I found it pretty hard to find good looking ooze miniatures, so I decided to craft my own.

The bulk of it is made with a glue gun. My glue gun only has one setting: very hot, so the glue is pretty liquid and does not set quickly; instead it forms a puddle. To aid me in building shapes, I used rigid frames. 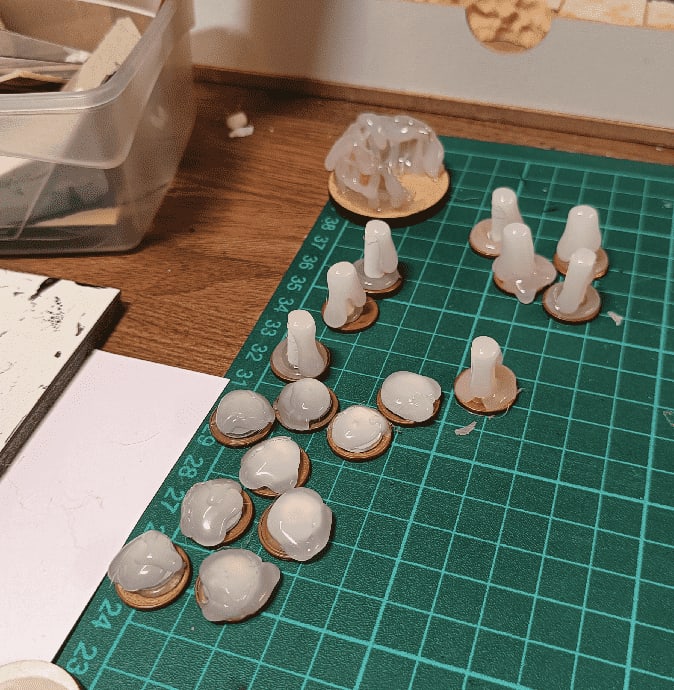 Some oozes split into smaller parts when hit with lightning or slashing, so I also needed smaller versions. They are mostly just a drop of glue on cent coins. 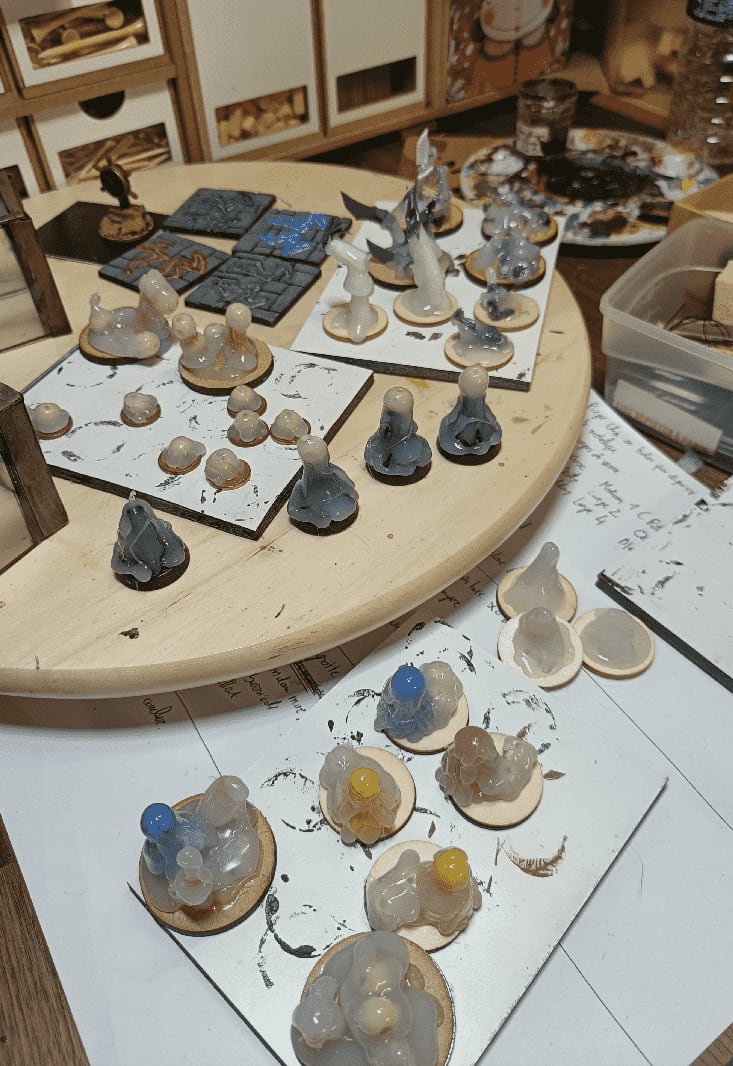 Having a bunch of shapeless blobs on my table, it can be hard to remember which is which. This is why I tried to gave them each their own shape, using various bits underneath to shape the final form. 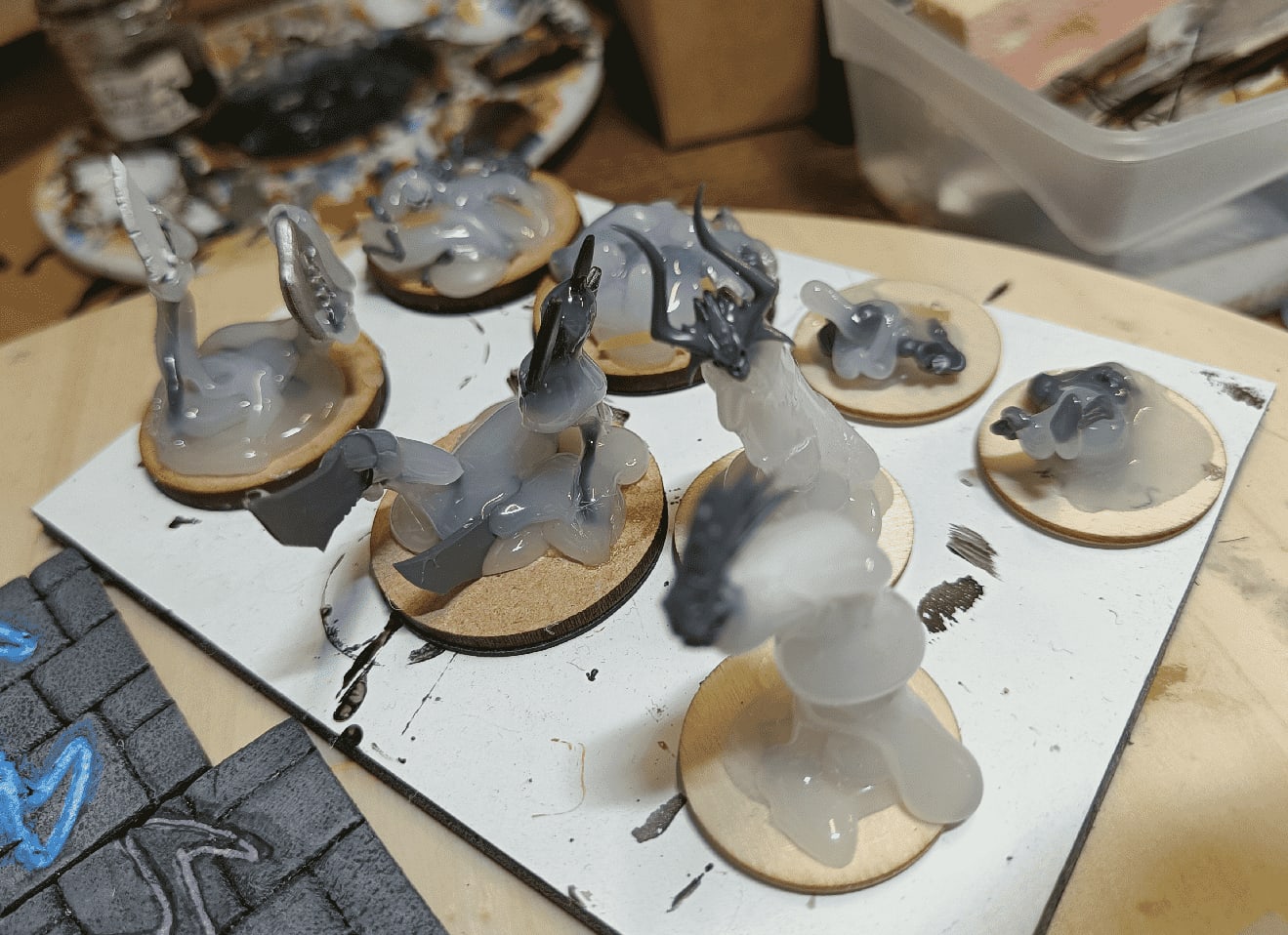 Some were more elaborate, with bits of bones or even faces inside. Other even had sharp weapon edges. 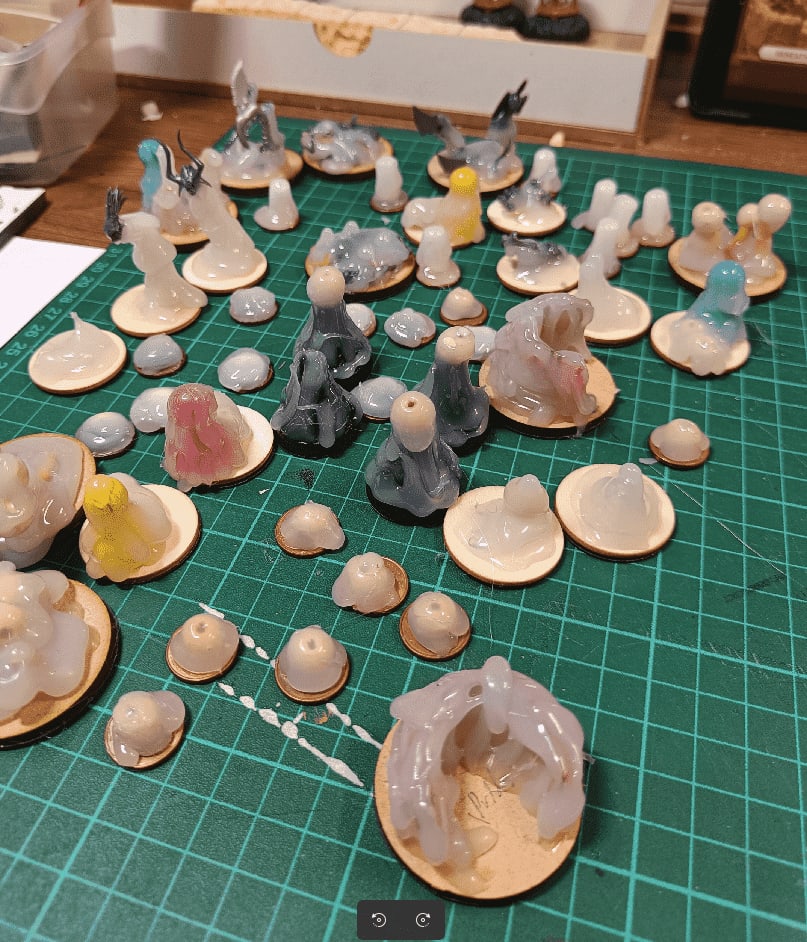 The whole set before painting. 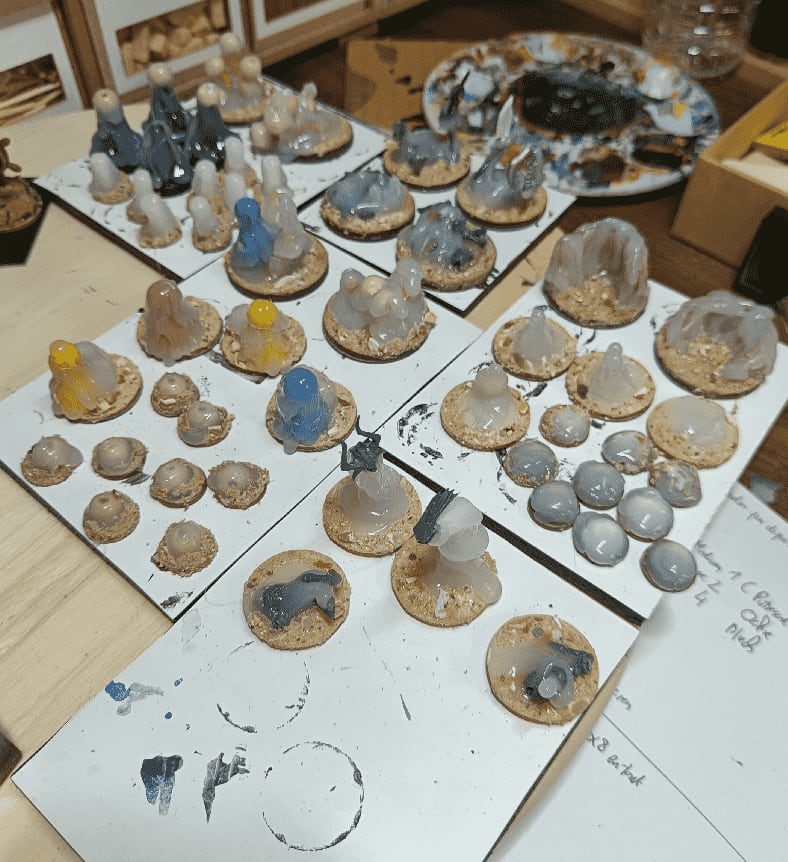 I did the base before painting the blobs, but in retrospects I should have made the bases even before creating the blobs, so they would have looked like they were oozing on top of the rocks. 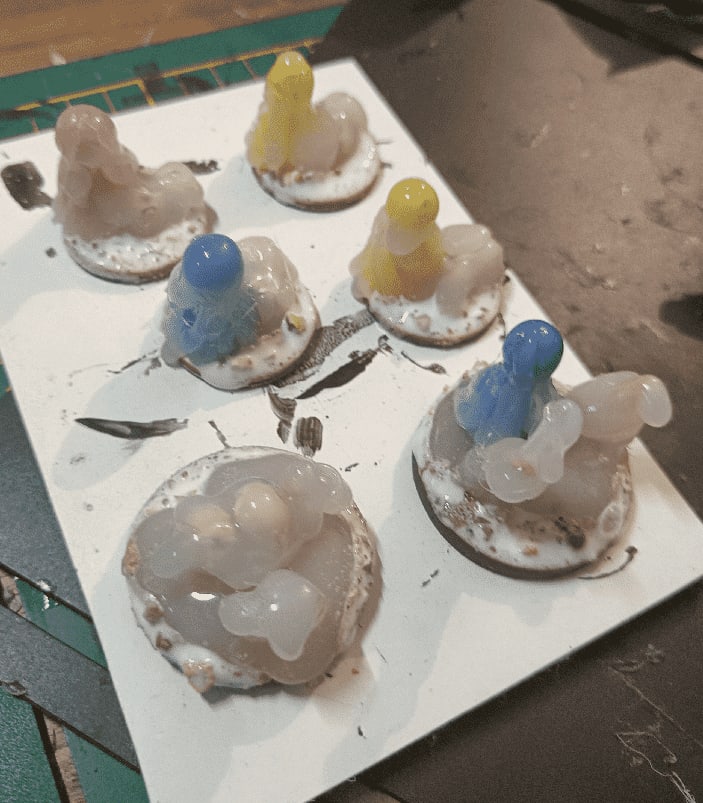 Consolidating the bases with a second layer of highly diluted glue. 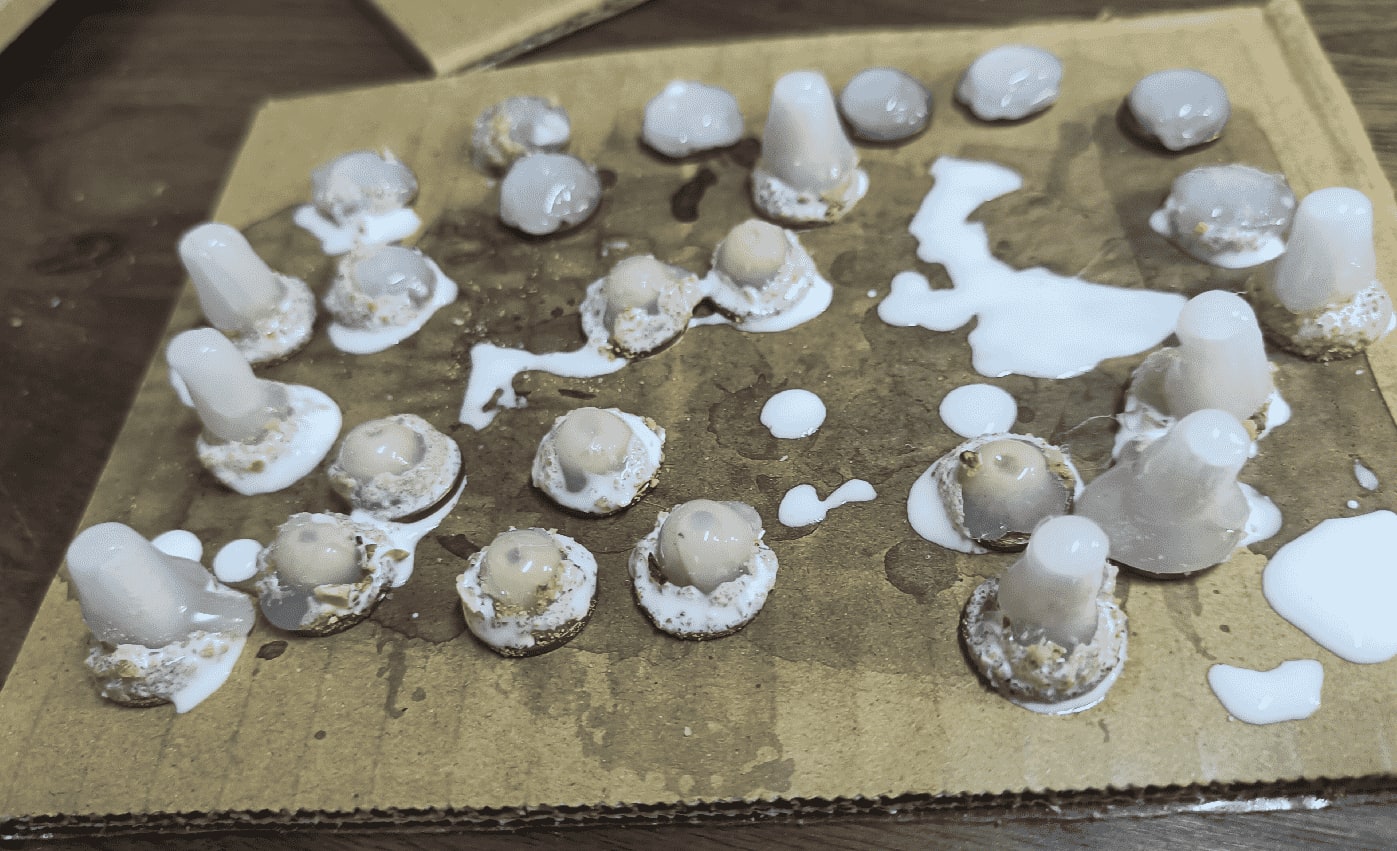 Same with the small versions, which is a very messy process. 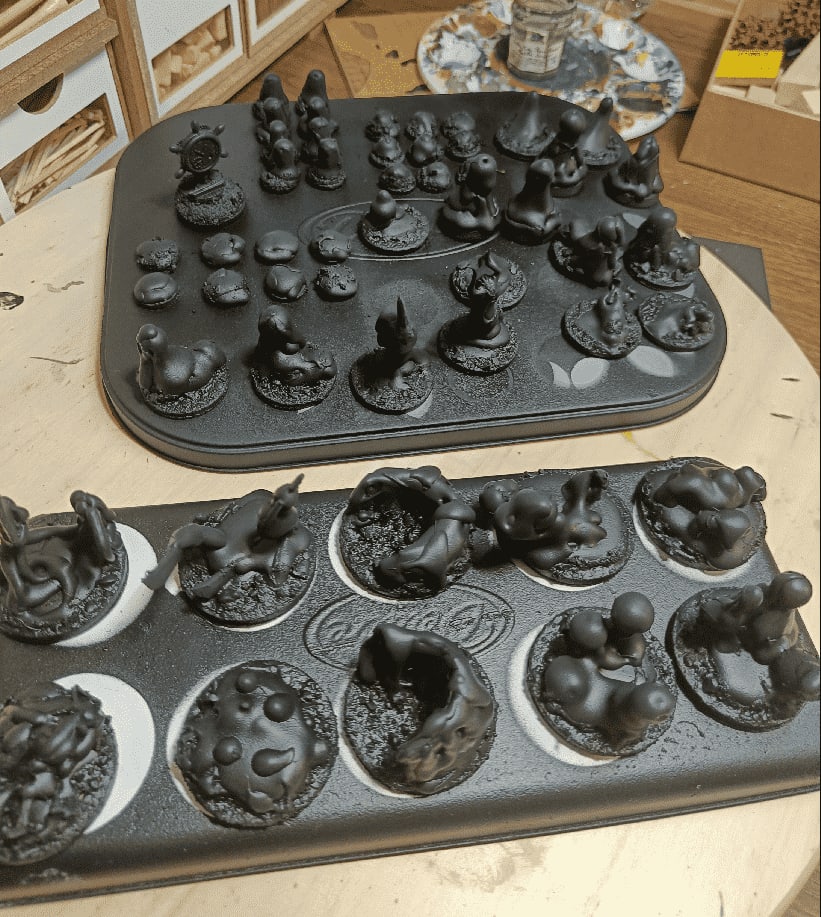 And here we go for painting. 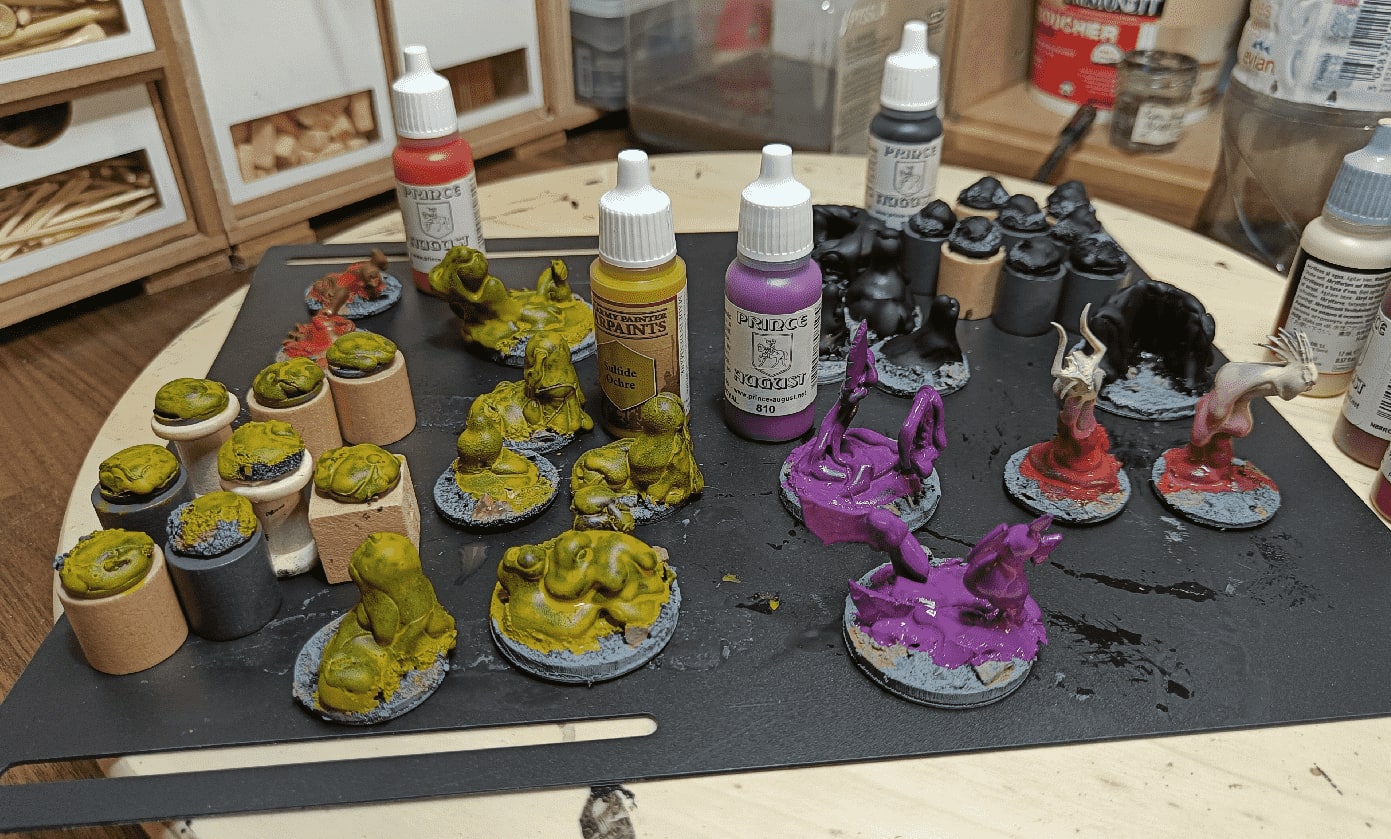 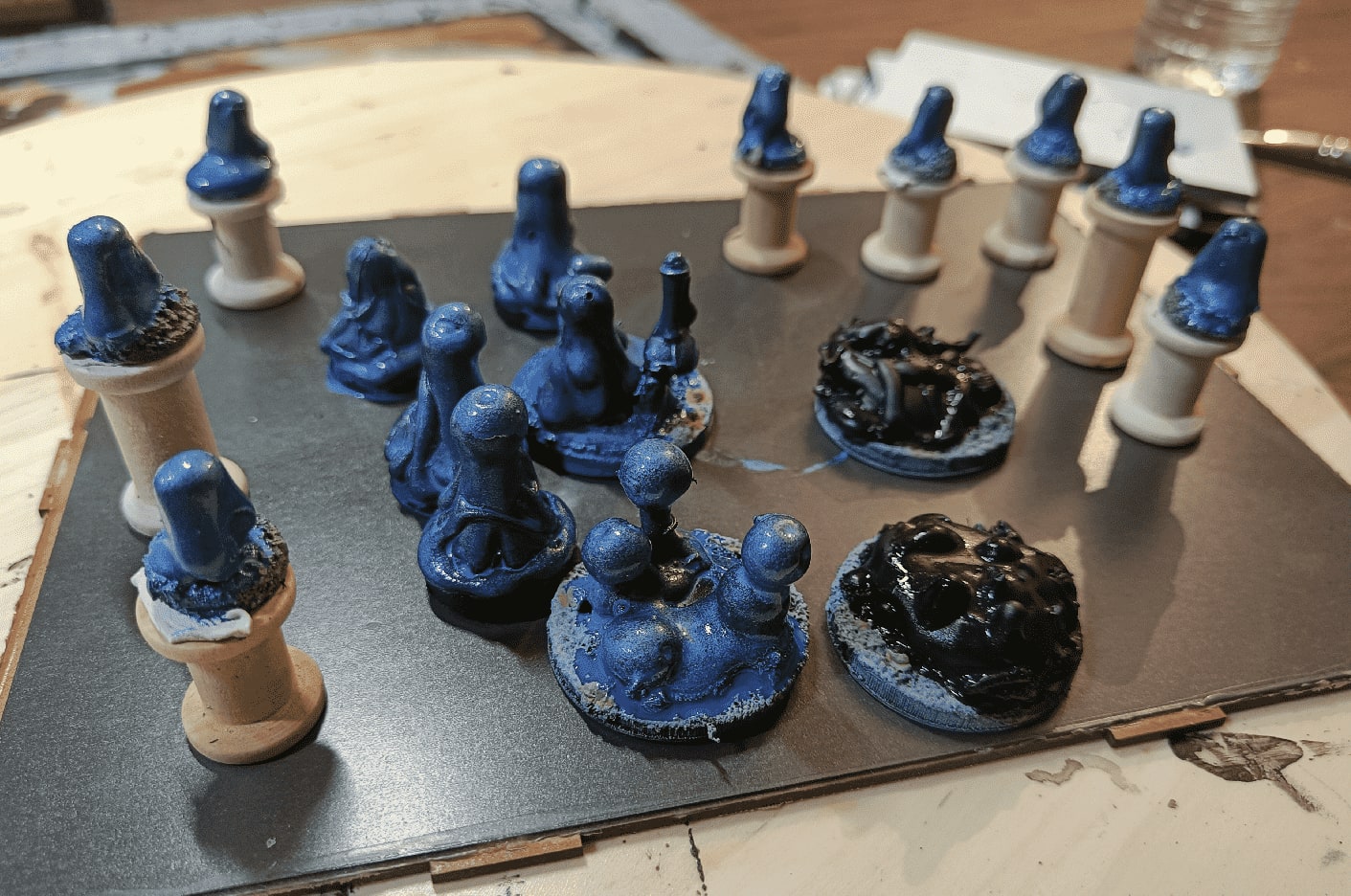 Eldritch Ooze and Tar Ooze from the Tome of Beasts II. The blue of the Eldritch Ooze is a silver paint mixed with blue. 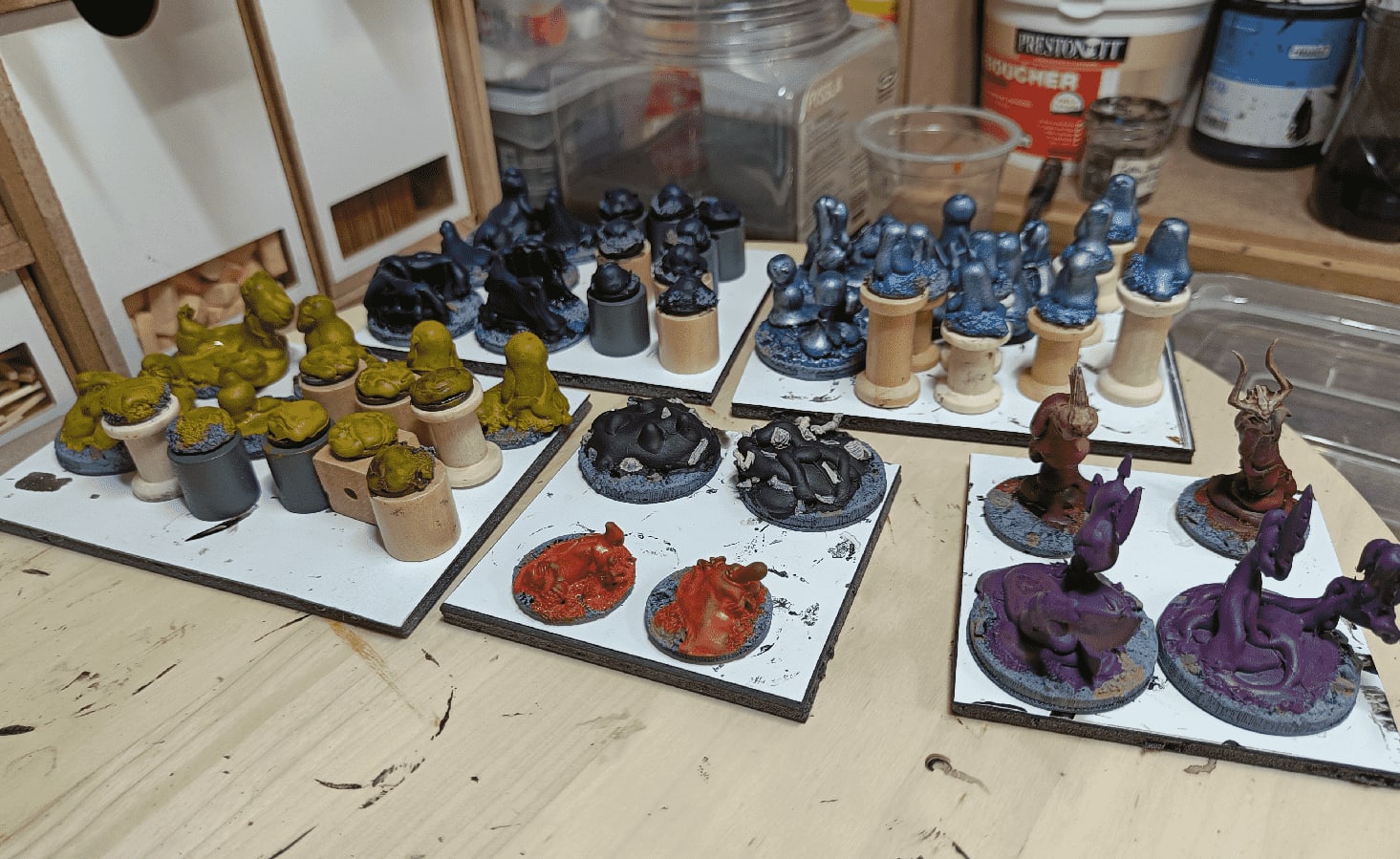 Family photo, with a few layers in. 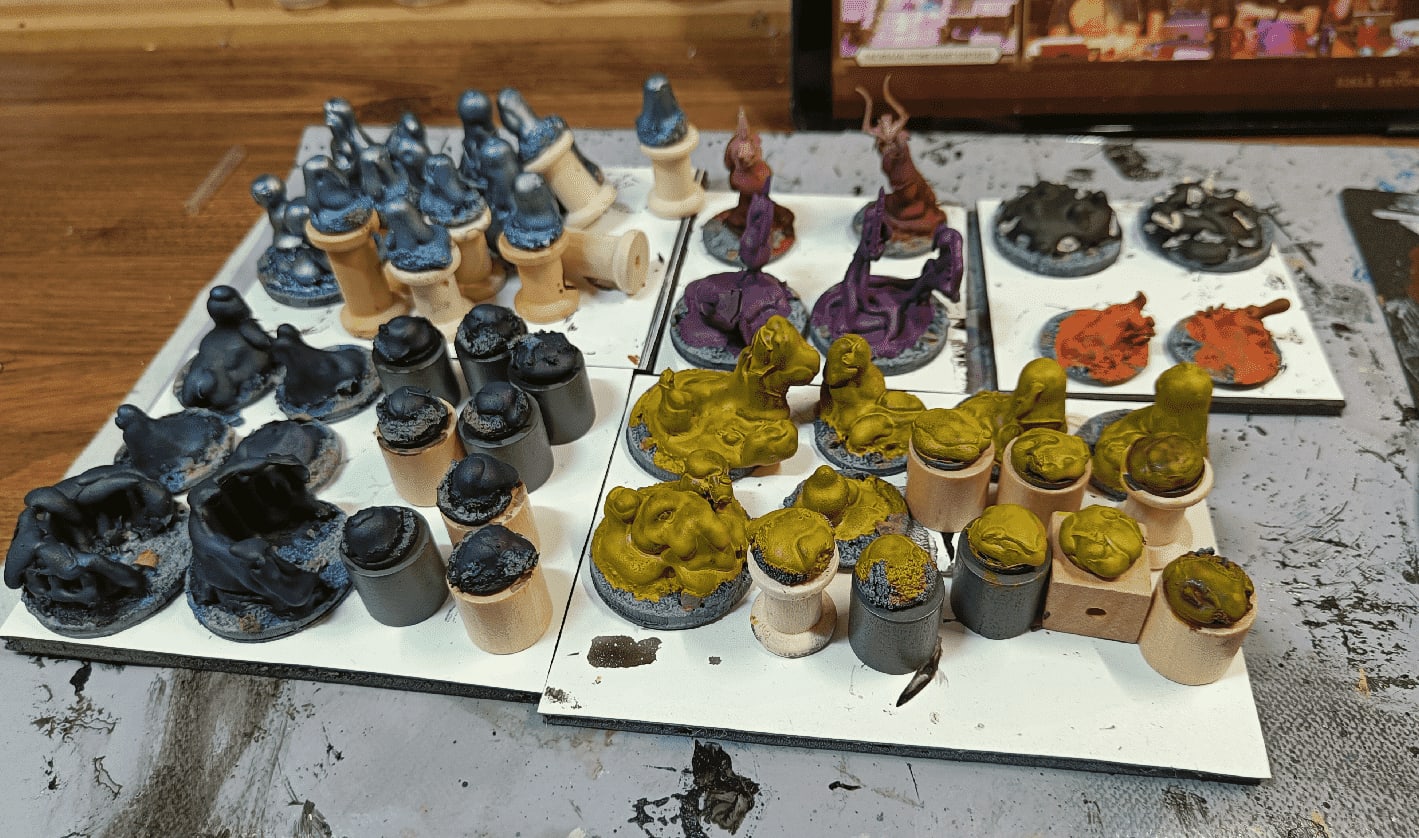 This was a very long painting process. I can't say it required any skill, but it still took time. Some of the colors didn't cover the black well, so I needed several layers. 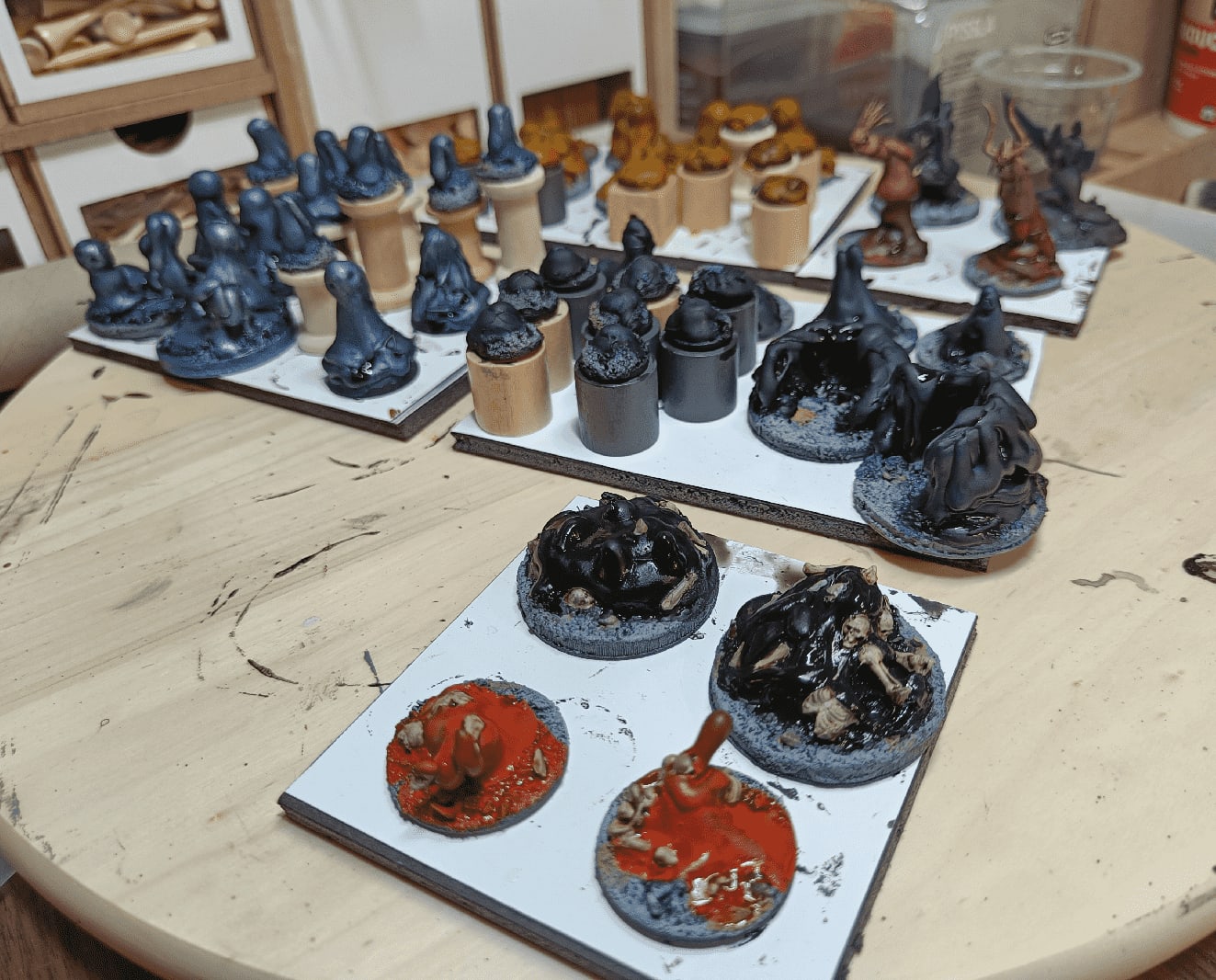 I carefully added washes on the ooze part, excluding the bones, to keep the shiny effect. But this was all wasted when in a later phase I used a matt varnish spray. 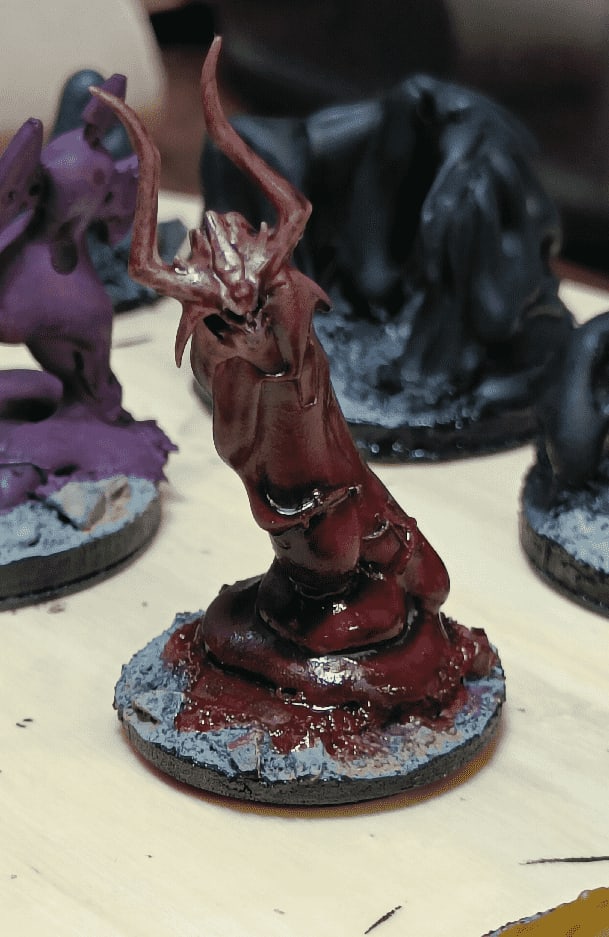 I'm happy with the gradient on this one. The head is lighter than the bottom which looks like coagulated blood. 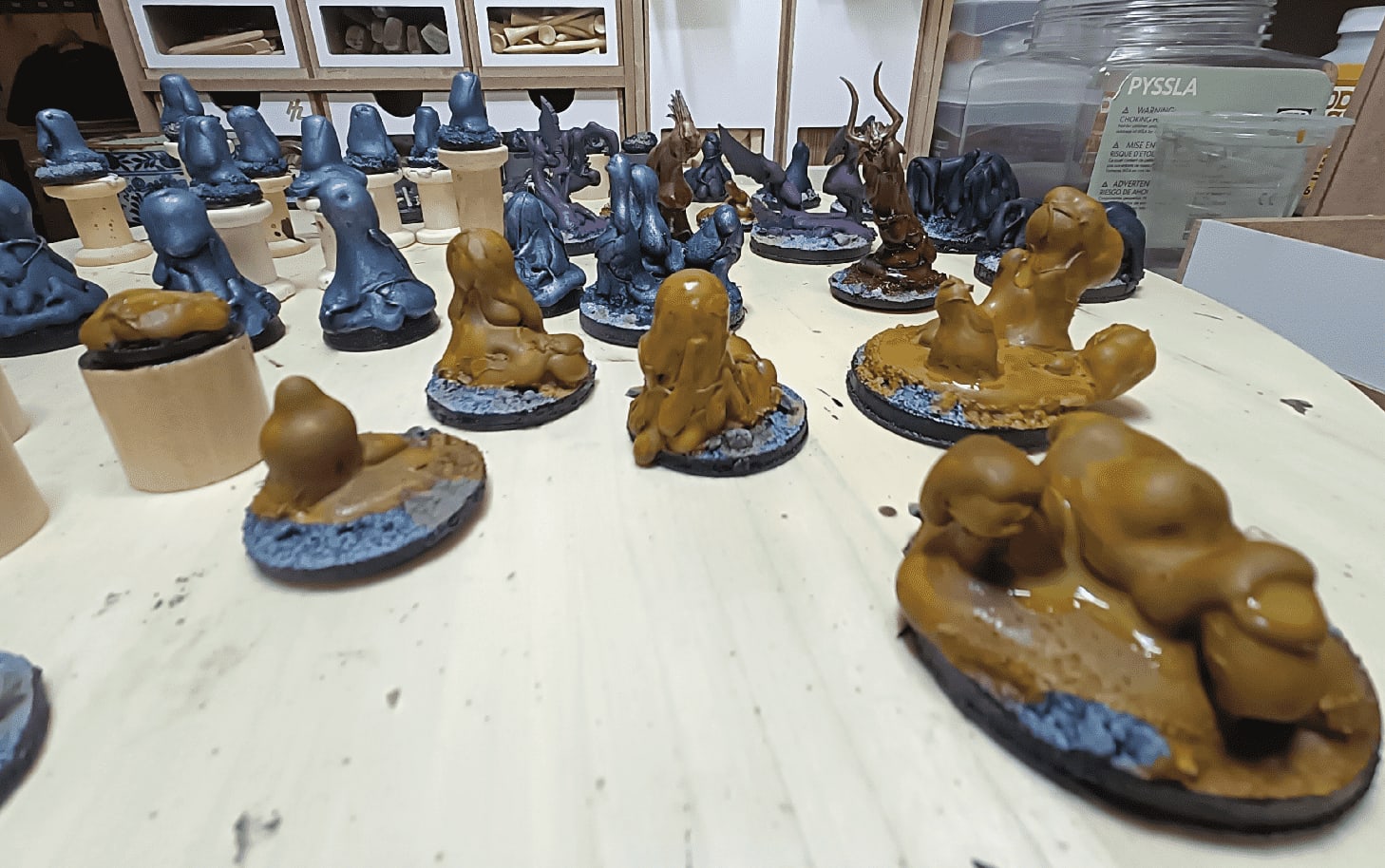 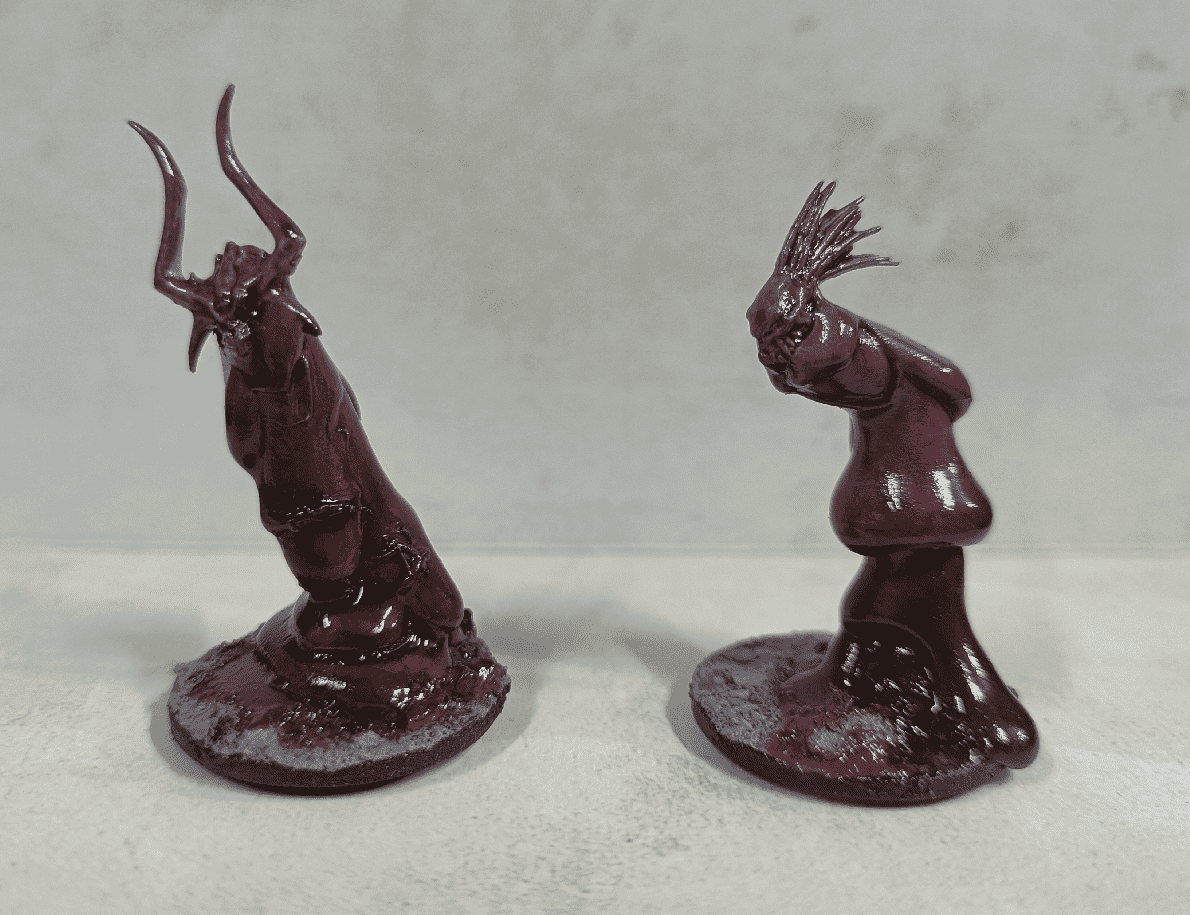 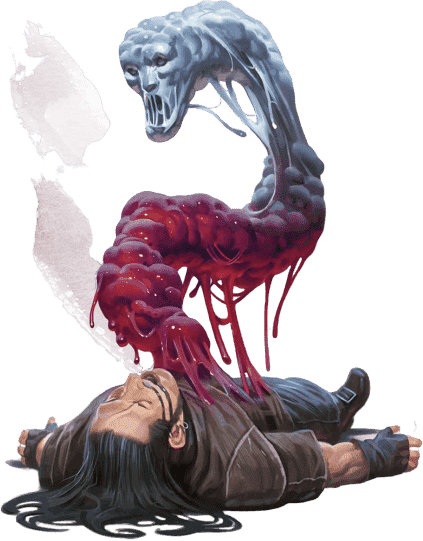 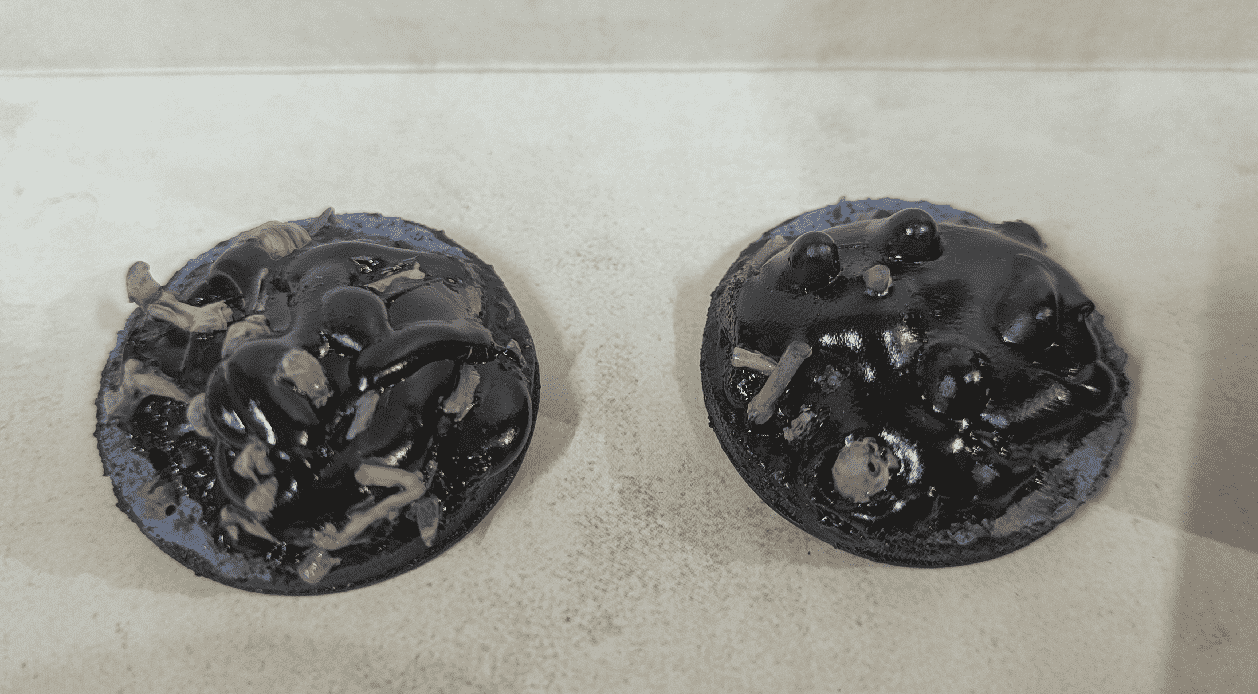 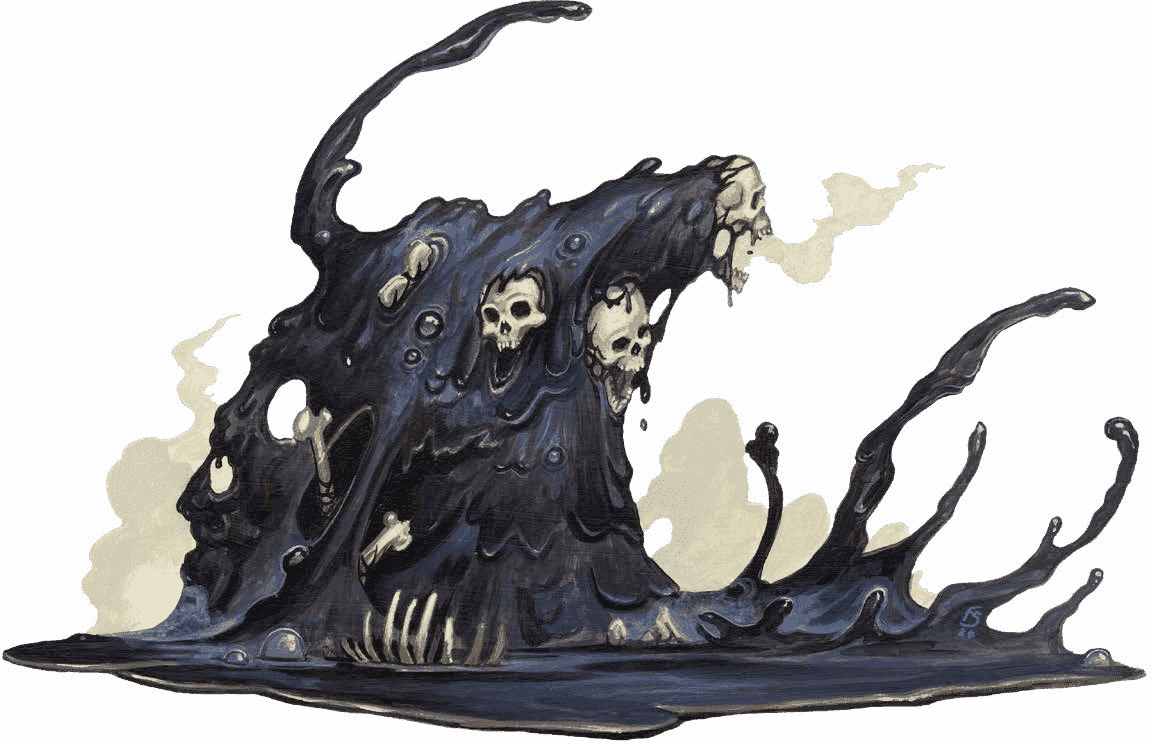 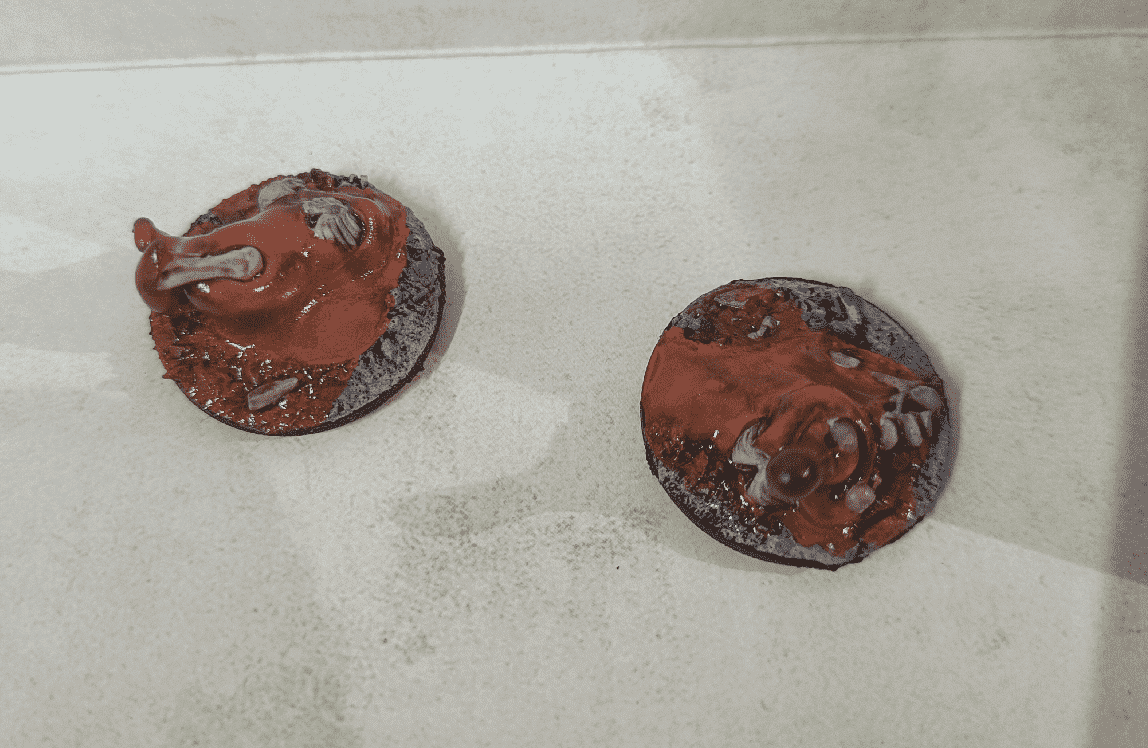 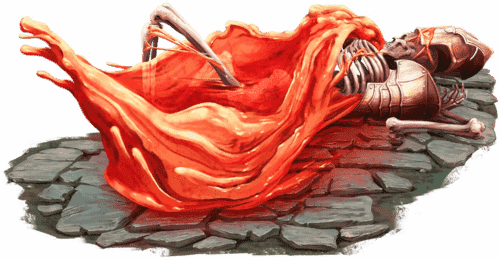 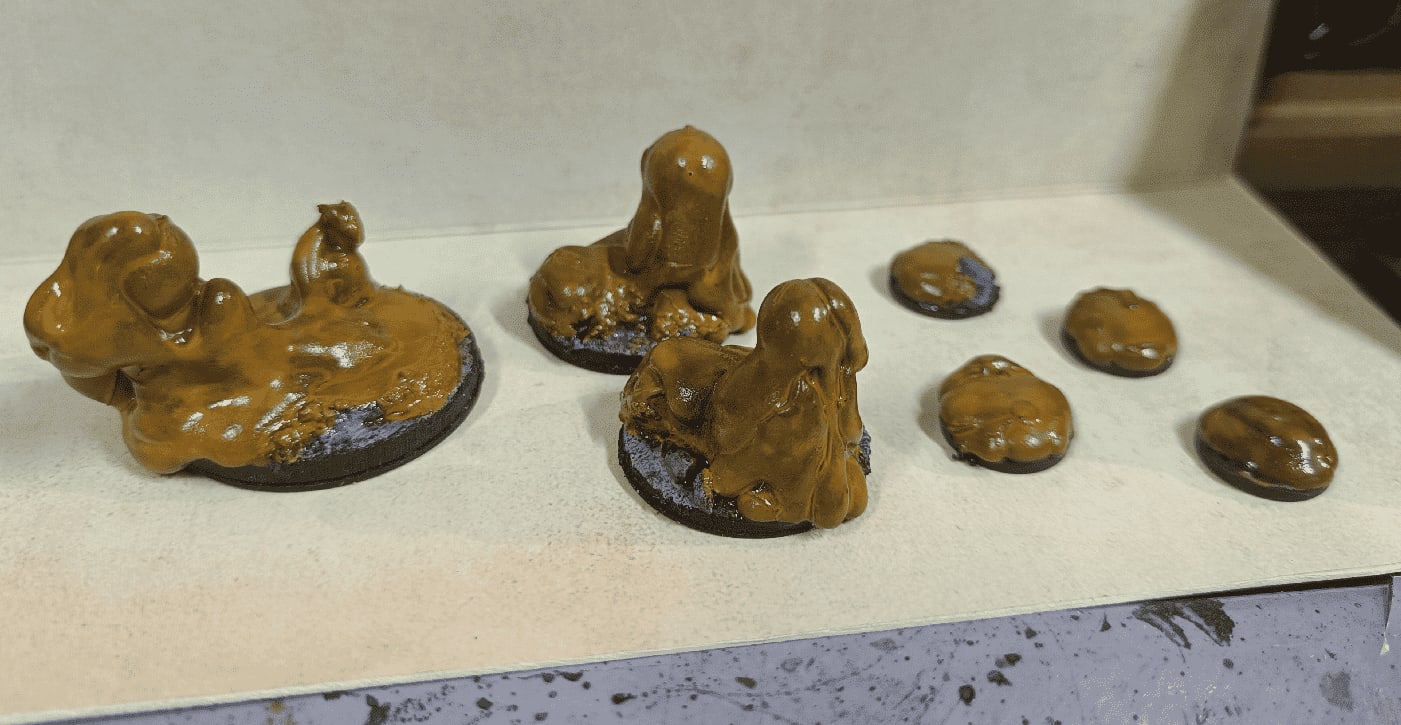 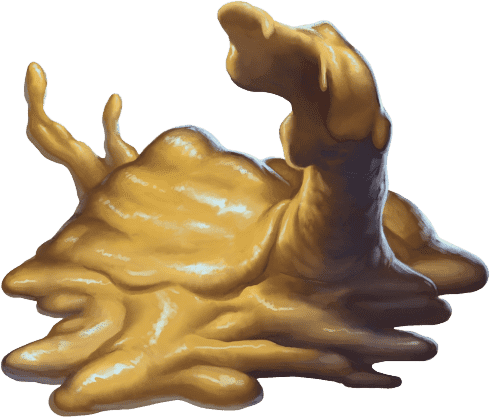 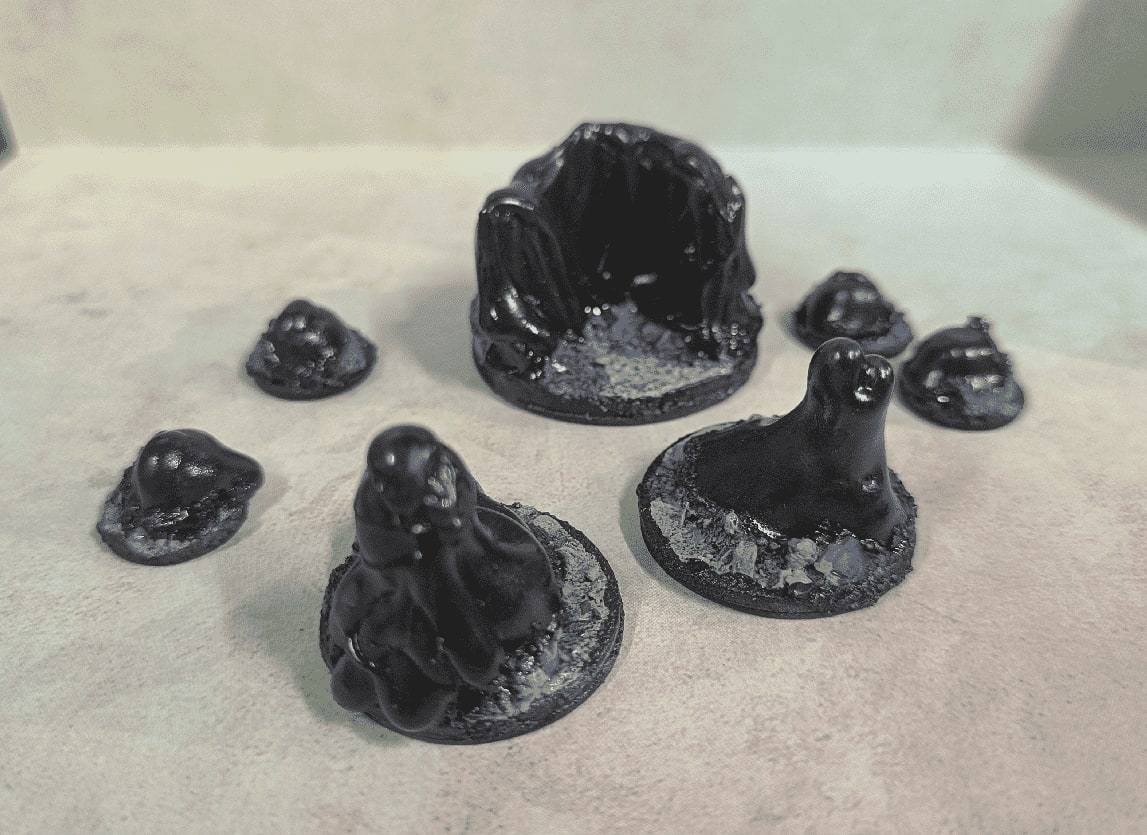 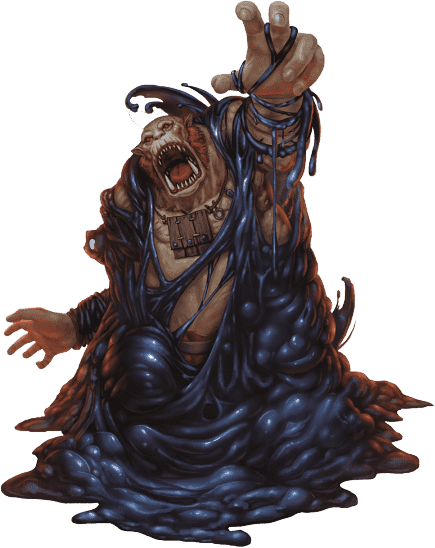 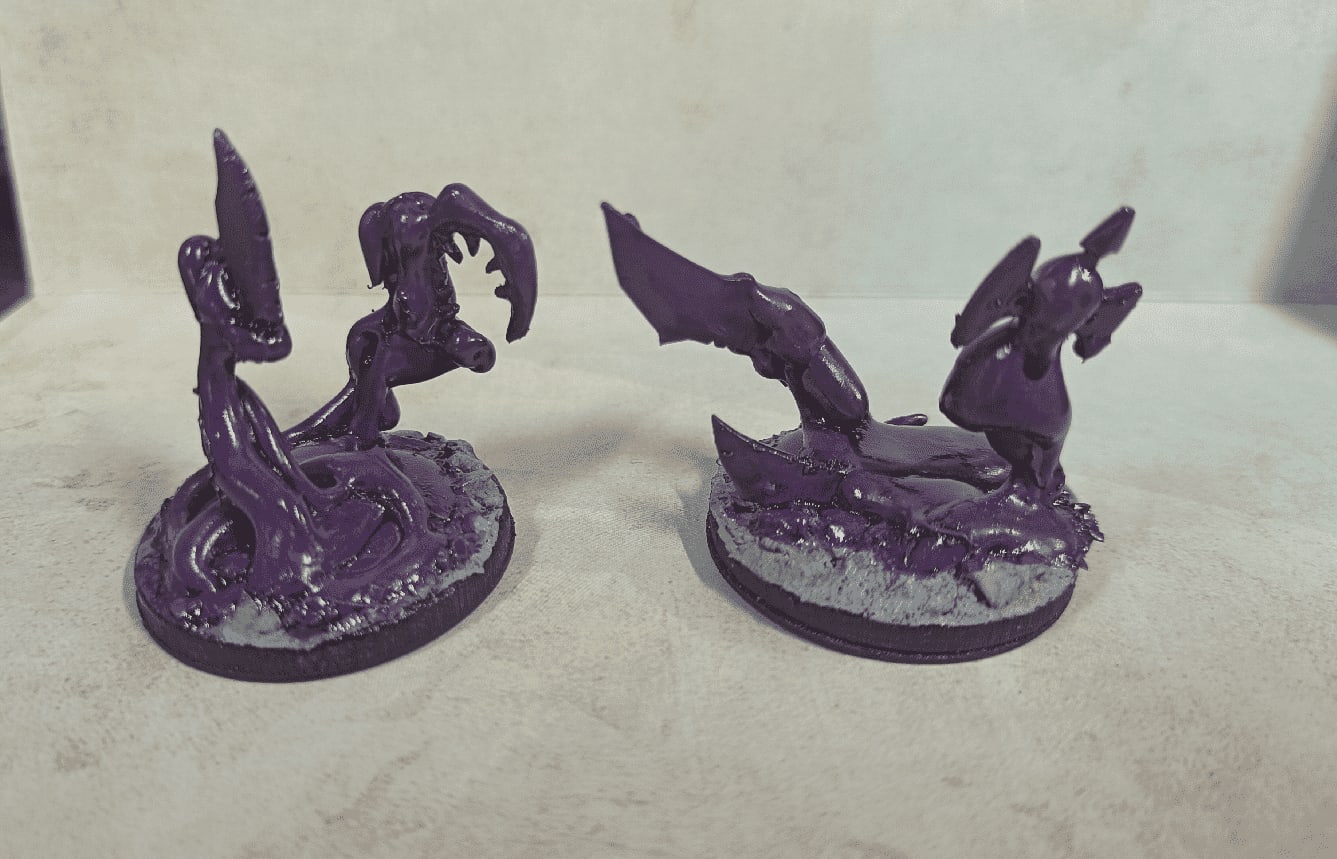 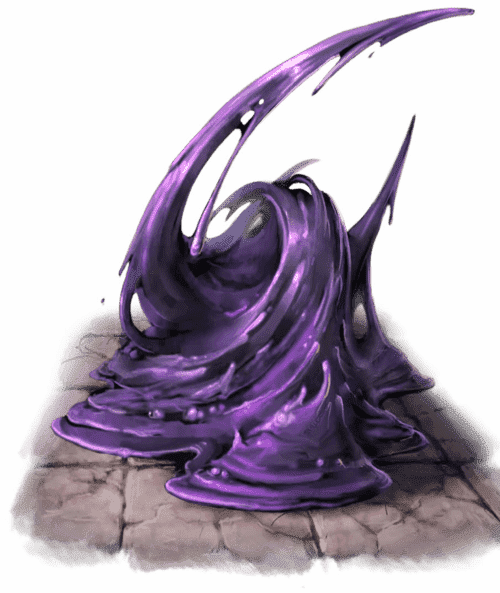