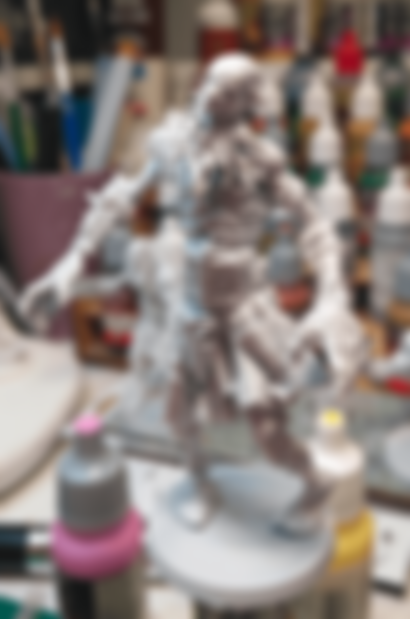 I recently had discovered the GW Android Application, and it was suggesting a set of steps to paint a zombie flesh tone. I decided that it was the right opportunity to try to paint my Giant Zombie, as it was giving me a lot of flesh space to experiment. 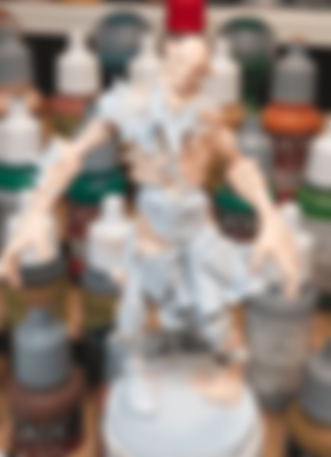 First basecoat of Pale Flesh. I wonder if I will paint all the flesh first, as suggested by the GW App, and the paint the other parts, or if I'll just block all my basecoats first. I've always basecoated everything first, I find it helps me better see what the miniature will look like. But maybe I should try something different? 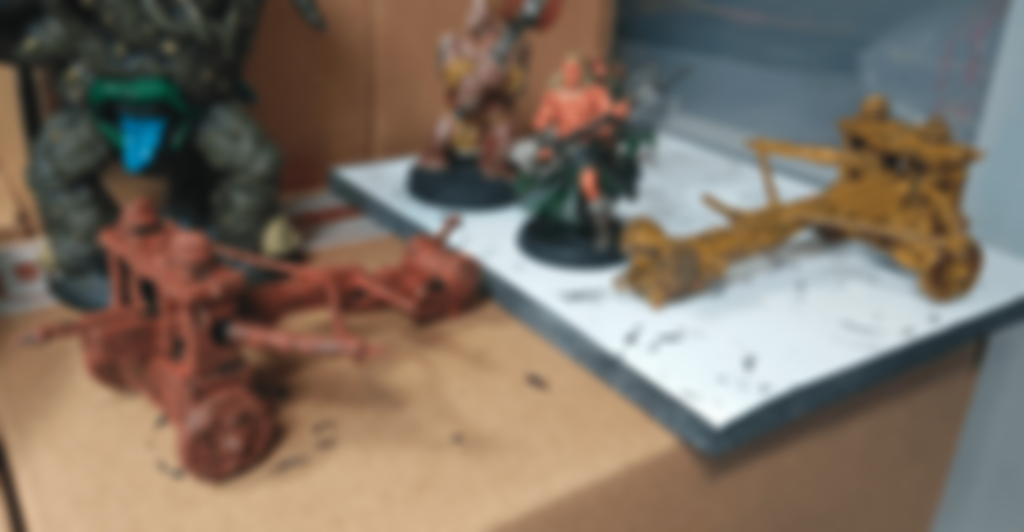 The nice thing about having two of those is that I can try two different painting techniques and compare.

The one on the left was dry brushed, while the one the right was painted. When I was dry brushing the first one I thought it was very tedious, so I went on to painting the second one, hoping it would be easier. It turned out that it was even worse. This first basecoat was pretty boring to do. 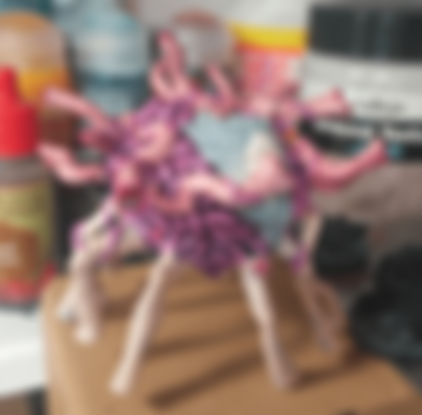 I had this mini on my table for a long time. The sculpt of it makes it hard to paint. You cannot attach it to a base or you won't be able to access the underneath, so you have to manipulate it while painting, and wait for the paint/washes to dry on one side before doing the other side.

Here you can see the top part drying after a red wash.

With no real plan in mind for how I would use it, I decided to try to repaint a plastic toy to see if I could make it look much better.

I think I forgot to take a picture of the gun before I started... well, too bad. Once again, it was found for 1€ in a second hand shop.

I started with a black primer and a white dry-brush. I did the dry brush to better see the various edges of the weapon, but also hoping it would improve the latter highlights.

Brown dry brush. I did it with a small brush so I would not put too much brown on the metal parts.

Now metal drybrush on the metal parts. I used a similar brush, but a different one. When I drybrush, I usually use several brushes as I can never manage to get rid of all the paint from one color before using another. And if I use water to get rid of it it's even better because then my dry brush is not dry at all and it creates lots of smudges marks everywhere.

I did a second brown drybrush, slightly lighter on the raised areas and the engraved parts.

Then painted the details with some gold on the metal and chestnut on the wood.

I don't know if you're familiar with this toy. It's a Vulli Tree, and has been pretty popular with kids in France for at least three generations.

I never had one myself, but I recently found two of them in a second hand shop for 2€ each. I bought one for my daughter and took one for me. 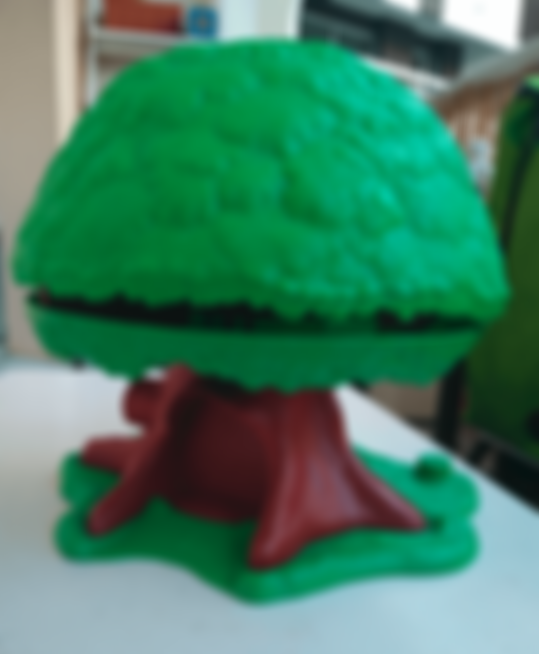 Being second hand they were missing some stickers and plastic parts. But by buying two I was able to make an almost-complete one for my daughter and keep the bare one for me. 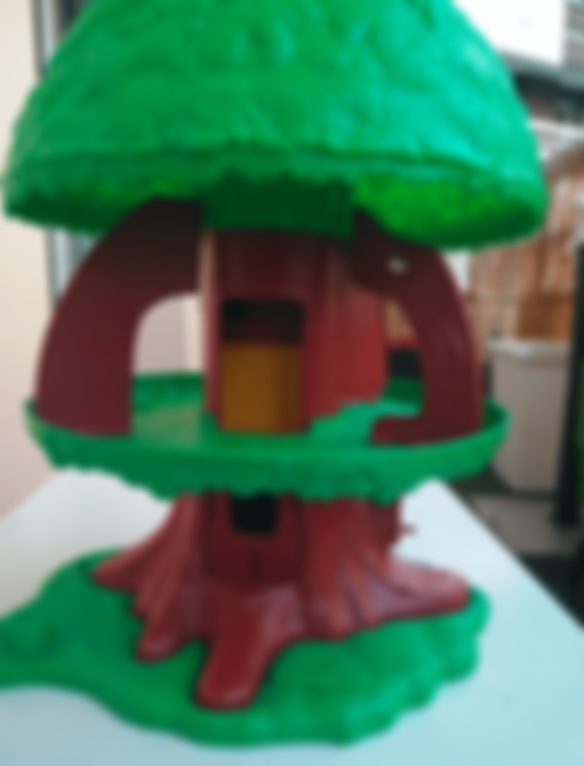 This is how it looks once opened. As a terrain piece, I didn't want it to open at all. I had in mind an old wise tree like you can see in GoT, so I had a plan to paint it white with autumnal leaved.

I had never done this kind of thing before (painting trees, especially not white-barked and in autumnal leaves so I kinda expected it to not look as great as I envisioned but.. as I always say when DMing: "there's only one way to find out"). 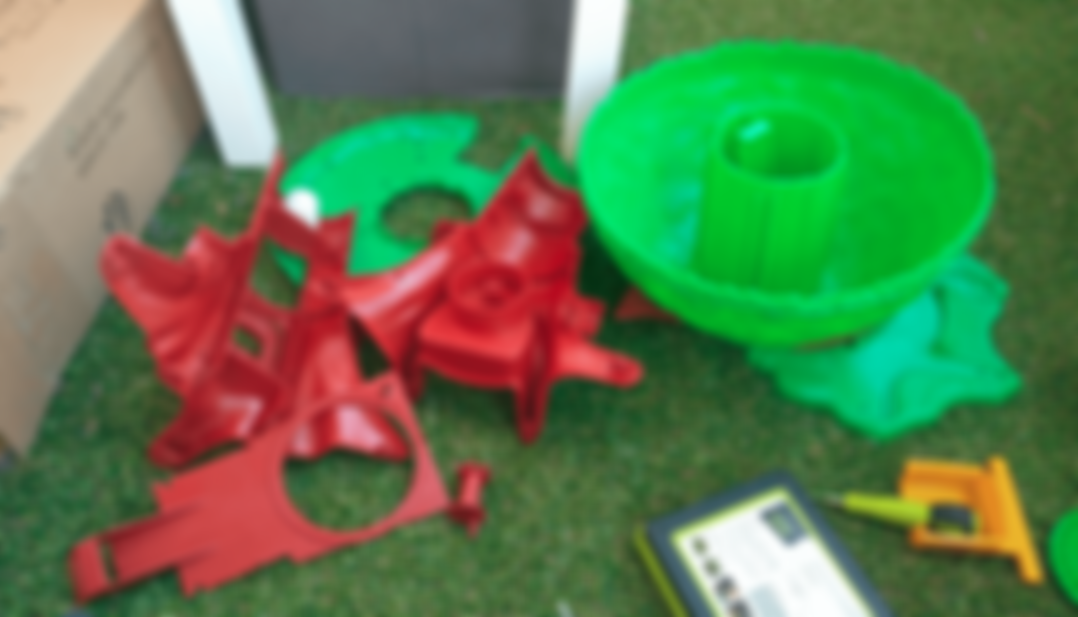 First step was opening it and removing all the pieces from the inner mechanism. It would make the whole structure lighter and less noisy. Here it is, with all the "useless" parts removed. 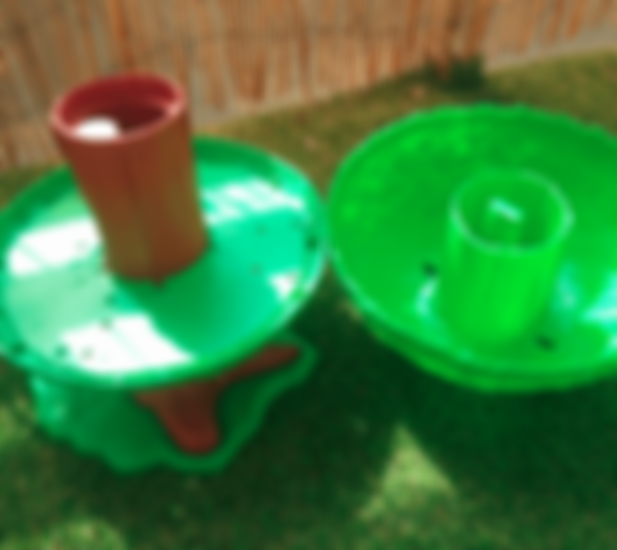 As you can see, the upper part is pretty empty. My plan was to fix the top part with some glue, but also fill in the gap between the canopy and the first floor with some expansive moss (not sure of the exact term). 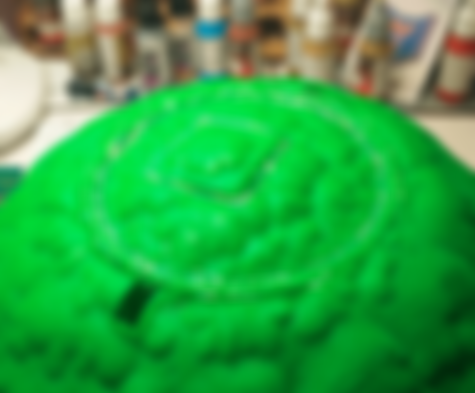 I filled the top ridges with glue from my glue gun. Gluing the central square was actually an error, as I would need it to be mobile for the next step. 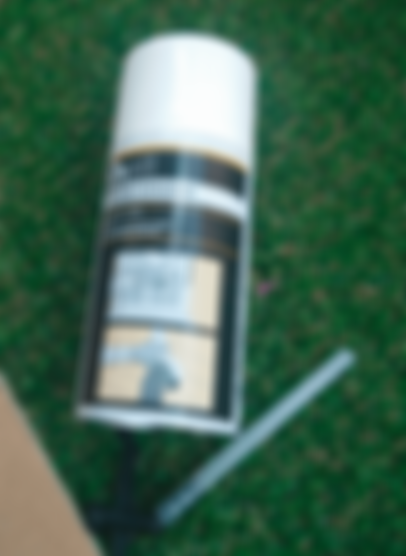 This is the expansive moss I was talking about. 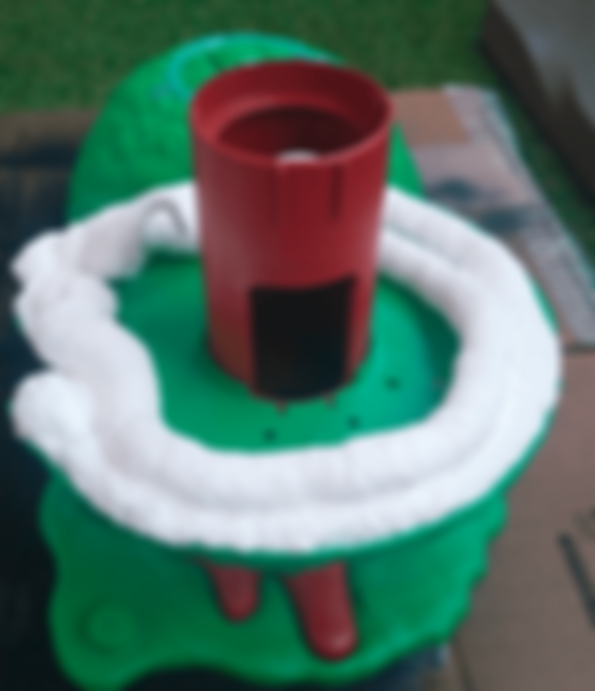 I put some on the rim of the first floor and then attached the canopy on top. I should have tester the product on some cardboard first because it didn't expand as I expected.

Here is a dump of all the minis I started during 2020. I will move them into dedicated posts as I make some progress on them. This is mostly cute small toys that I'm sure I can repaint and give them a darker look. 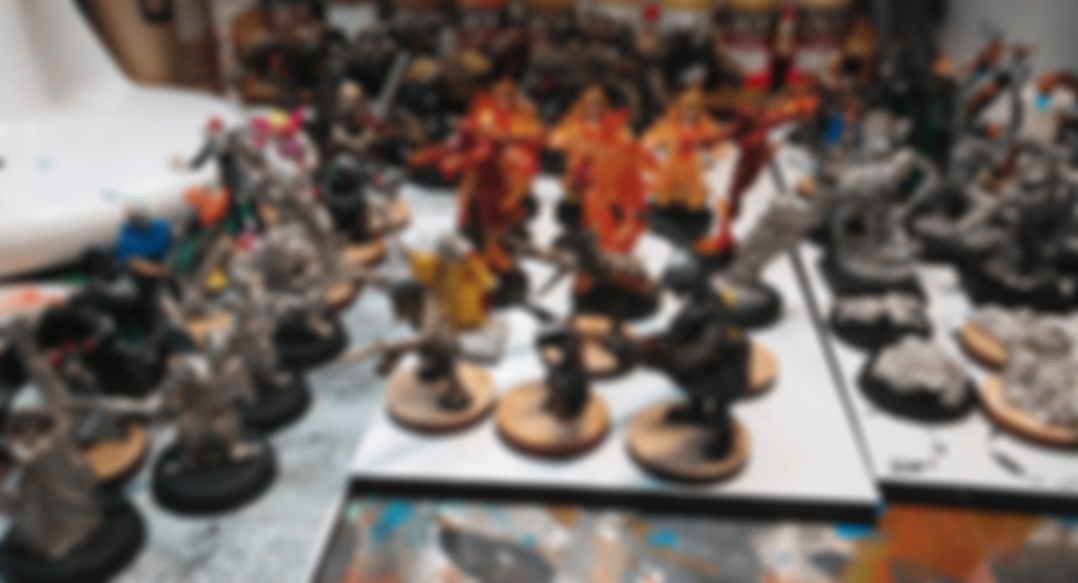 Lots of Heroclix, and a few other minis found here and there on garage sales. I usually wait until I have a batch of 6-8 similar minis before painting them.

Here you can see flame elementals, ghouls, bat things and various other horrors. 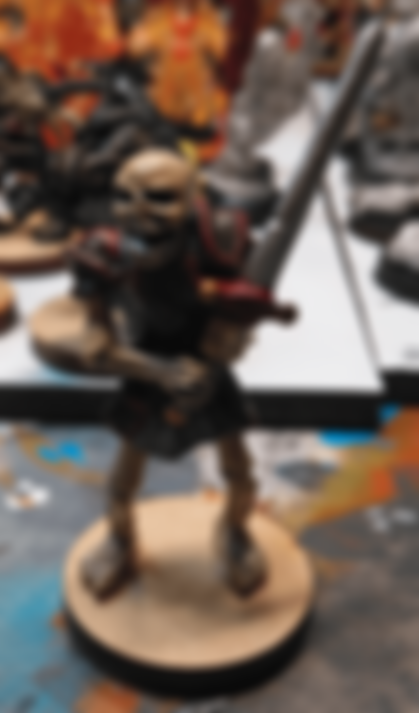 This is a cheap plastic toy. Slightly larger than the usual scale but I think I can make it an interesting named skeleton.

Ghouls on the front row, some minis I think I will turn into rival NPCs in my current campaign 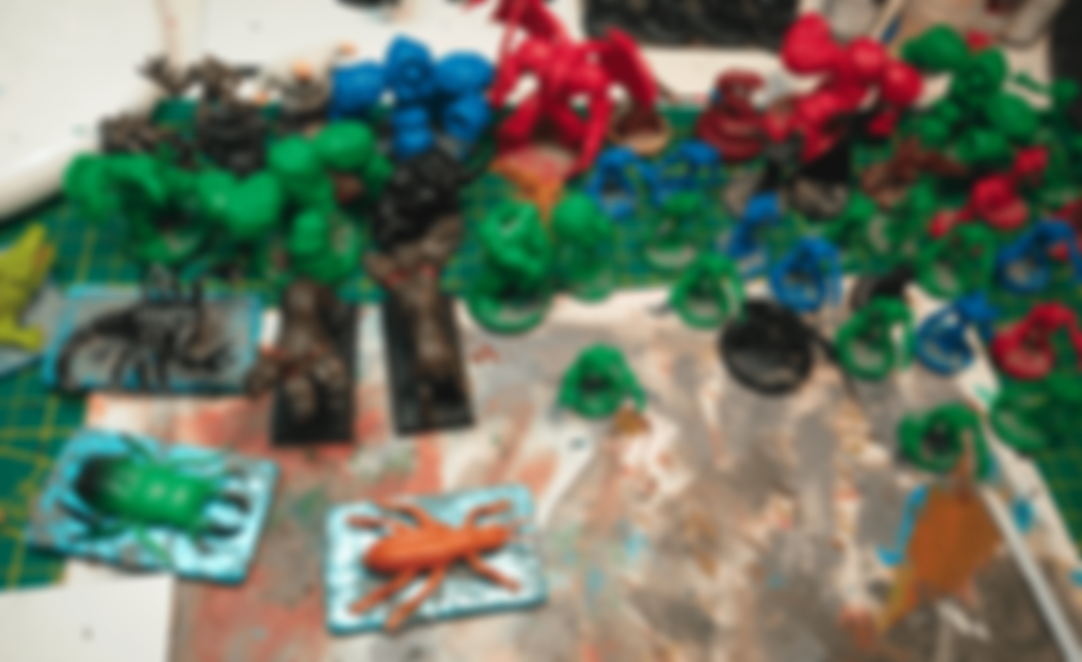 I managed to get my hands on a used copy of the World of Warcraft board game and got a ton of great minis from it.